with questions or concerns

Arrivals after 4:30PM  please pull into the gravel area just past the propane tank parallel to the road.

Check in with the office after 8:30AM the following morning. 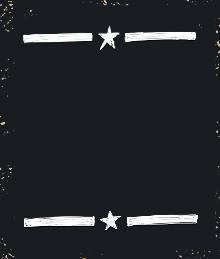 RoVer’s Roost is managed and guided by three separate groups: the Board of Directors (BOD), the Roof Raisers (RR), which is a committee under the BOD, and the management staff. The BOD concerns itself with the park business. The BOD members are elected by the membership (leaseholders) of the Co-Op and each serves a two-year term. There are seven BOD members, three are elected on even-years and four on odd-years. Within the BOD there are the following officers: President, Vice President, Treasurer and Secretary. These officers are selected by the Board every year. The BOD meets at least once a month during the winter season. All Board meetings, except for executive sessions, are open to all leaseholders and renters who are in the park.

The purpose of the Roof Raisers is to support the BOD in its efforts to improve the park and its social programs. The RR is responsible for raising money to support the social programs. All leaseholders and renters are members of this organization and have a vote. Each year the members elect a President, Vice President, Treasurer and Secretary. The RR meet at least once a month during the winter season and all meetings are open to the everyone.

Every year the BOD forms a hiring committee. The purpose of this committee is to rehire the current managers or advertise/interview and hire replacements. We have two teams of managers at RoVer’s Roost.  Our managers handle all of the office duties, the parking of RVs, the pumping of propane and almost anything else that comes along.